We are quite sure that MSI will launch at least two, if not more, cards on Monday, but for now, we have nice pictures of its N220GT-MD1G-OC model, a factory overclocked GT 220 card with 1GB of GDDR3 memory. As you can see from the picture below, despite the fact that this is an overclocked model, this 40nm DirectX 10.1 card doesn't need an additional PCI-Express power connector. 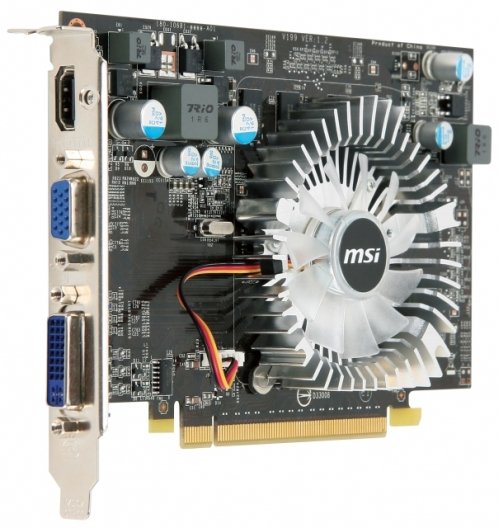