Posted on Thursday, Oct 15 2009 @ 19:56 CEST by Thomas De Maesschalck
Zotac has added two new ION ITX Synergy Edition mini-ITX motherboards to its lineup, there's one model with the single-core Intel Atom 230 and another one with the dual-core Intel Atom 330. 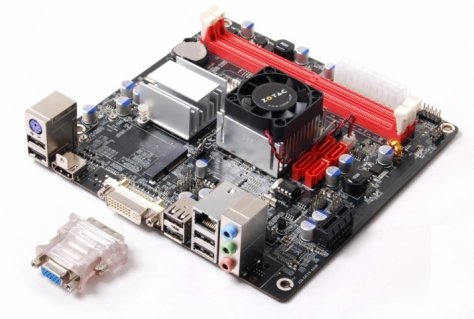