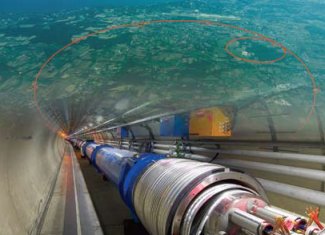 CERN's Large Hadron Collider (LHC) has been restarted and low-energy collisions were tested in the machine for the very first time.

Engineers operating the Large Hadron Collider (LHC) have smashed together proton beams in the machine for the very first time.

The step was described as a "great achievement" for those working on the huge physics experiment.