As expected, the web got flooded with reviews of NVIDIA GeForce GTX 480 and 470 graphics cards as the NDA just expired. Retail availability isn't expected until two to three weeks from now, but you can already gaze at some reviews to get an impression of whether Fermi was worth the long wait.

Lets take a look at some tests to find out. First we head to AnandTech where they start the review with Because designing GPUs this big is "fucking hard", a quote from NVIDIA's VP of Product Marketing Ujesh Desai. The site concludes NVIDIA has reclaimed their crown, as the GeForce GTX 480 is the fastest single-GPU card, but it's only 10-15 percent faster than the Radeon HD 5870 and the site is afraid that AMD's upcoming Radeon HD 5870 2GB and faster clocked variants will be enough to knock NVIDIA off its throne. The GeForce GTX 470 delivers about 90-95 percent of the 5870's performance at around 87 percent of the price, but the catch is that NVIDIA's card is hotter and louder than any 5800 series card. The graphs reveal the GeForce GTX 480 consumes over 100W more in load than the Radeon HD 5870, and this translates into load temperatures of 94°C (vs 77°C on the 5870) and a load noise level of 64.1dBA (vs 59.3dBA on the 5870). Fermi has its merits, but the site concludes it wasn't really worth the long wait.

Finally, as we asked in the title, was it worth the wait? No, probably not. A 15% faster single-GPU card is appreciated and we’re excited to see both AMD and NVIDIA once again on competitive footing with each other, but otherwise with much of Fermi’s enhanced abilities still untapped, we’re going to be waiting far longer for a proper resolution anyhow. For now we’re just happy to finally have Fermi, so that we can move on to the next step. 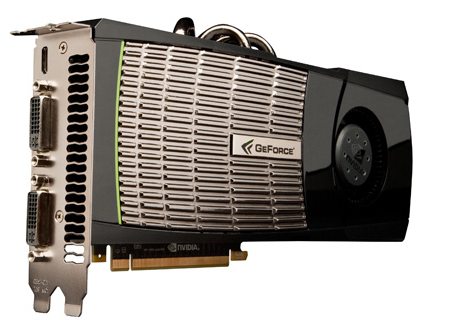 More reading can be done over at HardOCP. They write there's no reason to buy the GeForce GTX 470 as it offers no gameplay advantages compared to the competition, and aren't too impressed with the 480 either. The only thing they did really like was GeForce GTX 480 SLI as it offers a better gameplay experience than the dual-GPU Radeon HD 5970, but this setup will cost you a lot of money.

Our final stop is at PC Perspective, the reviewer notes he was skeptical at first but concludes that Fermi was worth waiting for, if you don't mind the higher power consumption and higher thermals compared to AMD's solutions.

My thoughts going into this review were nothing but skeptical. Would NVIDIA actually be able to make a product after all the delays and rumored production problems that was worth considering? The answer was a surprising 'yes' as the GeForce GTX 480 and the GeForce GTX 470 make a case for themselves by offering great single-GPU gaming performance and being offered a prices are that are reasonable and justified. If you are an NVIDIA executive, you might be continue to sweat as we still believe that NVIDIA has a product that is too hot and too expensive to really make a profit on; NVIDIA was obviously willing to bite the bullet on pricing to earn back some of the lost mindshare (if not marketshare) that has been flowing to AMD's Radeon line.