Windows 8 to feature a virtual desktop?

Posted on Wednesday, November 17 2010 @ 18:29 CET by Thomas De Maesschalck
Some leaked PowerPoint slides reveal the next release of Windows may run the desktop as a service:

Desktop as a Service isn't an entirely new thing, but focusing an entire operating system on it is. With DaaS, Windows 8 could be easily deployed throughout an entire company with total hardware and application compatibility. This also opens the possibility of opening a Windows App Store in the next major version, where companies would host and run applications on 'the cloud', allowing for quicker security patch updates, greater compatibility and faster deployment through an entire infrastructure. 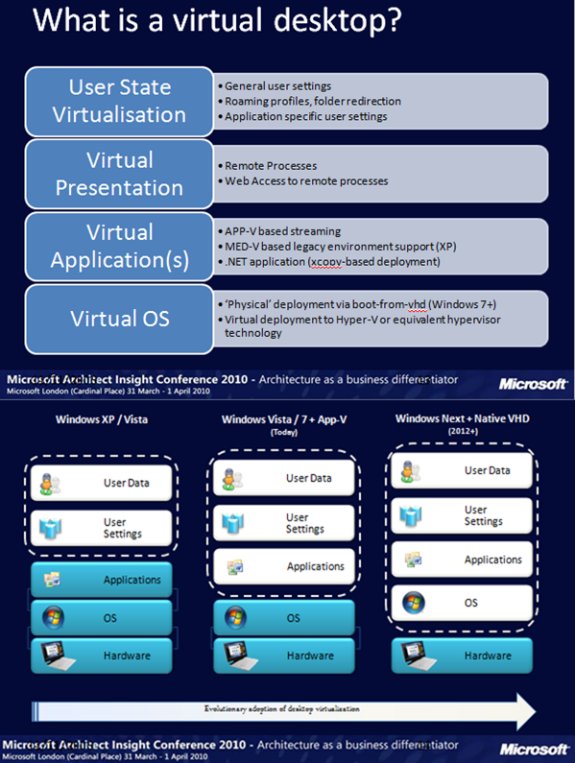