CyberPower will offer the new Radeon HD 6990 graphics card across its entire lineup of desktop gaming PCs, from the Gamer Dragon and Ultra all the way to its extreme Fang EVO Series. Starting price for a CyberPower Radeon HD 6990-based system is $1,399.00

The Radeon HD 6990 features two Cayman GPUs clocked at 830MHz, 3072 stream processors, 192 texture units, two 256-bit memory channels, and 4GBs of GDDR5 running at 5000MHz. Additionally, you can bump up the speed by flipping a switch on top of the card to enable the built-in overclocking mode, which boosts the clock frequency to 880MHz. When combined with another Radeon 6990 in a Quad CrossFire configuration, customers can expect a performance boost from 60% to 100% on extremely high-resolution applications

AMD's infamous multi-display technology, known as Eyefinity, is supported with the Radeon 6990, which can support up to six displays. Another outstanding feature is AMD's EyeSpeed visual acceleration, which adds a shot of adrenaline to your applications for unprecedented video quality for gaming, movies and video streaming.

CyberPower customers can configure their gaming system with a single 6990 card and add additional cards depending on the model. Customers are assured their gaming rigs will feature AMD Radeon 6990-ready compatible hardware such as motherboards from their favorite manufacturers, as well as power supplies and cooling options to accommodate additional GPUs.

All CyberPower systems based on the Radeon 6990 series can be easily customized with a number of hard drive and/or SSD, optical drive, memory, and other peripheral component options at the company website. All systems will be able to drive the industry's largest and highest resolution flat-panel displays up to 2560x1600 and with support for High-bandwidth Digital Content Protection (HDCP), HDMI, 3D Blu-ray, and 7.1 digital surround sound. 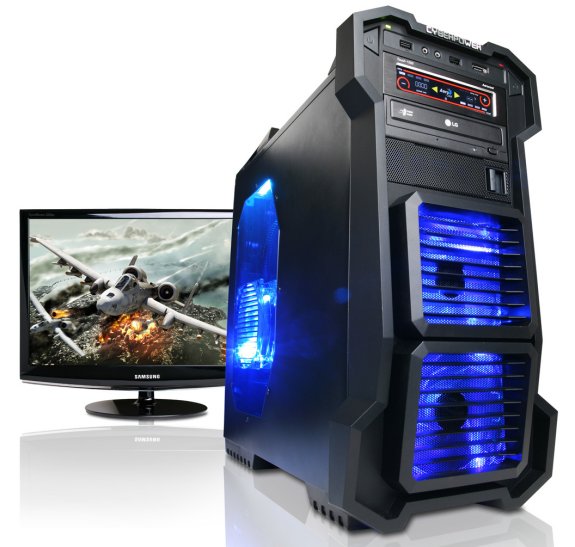