Posted on Wednesday, Mar 16 2011 @ 22:37 CET by Thomas De Maesschalck
Motorola announced the WiFi-only edition of its Xoom tablet with 32GB storage capacity will start shipping on March 27th for $599. That's $200 less than the standard model with 3G/4G connectivity.

"MOTOROLA XOOM is a truly innovative tablet - its design, coupled with being the first tablet to have Android 3.0, results in a user experience that is one-of-a-kind," said Dan Papalia, vice president of retail sales for Motorola Mobility. "We are now continuing to expand the choices available to consumers with the MOTOROLA XOOM Wi-Fi to be available soon from numerous leading retailers in the United States."

In addition, the MOTOROLA XOOM Wi-Fi will be available to commercial IT channels and regional retailers through a distribution agreement with Synnex Corporation, and regional carriers through Brightpoint, Inc. 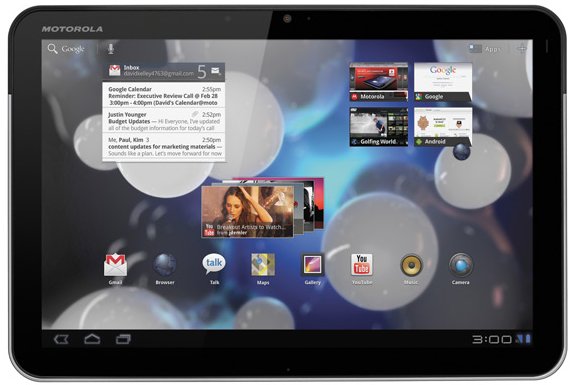