Posted on Friday, Apr 01 2011 @ 22:19 CEST by Thomas De Maesschalck
NVIDIA's former 3dfx veterans show off the Voodoo 590, a new 3dfx graphics card that matches the GeForce GTX 590 in fillrate. The card offers a ten-year old architecture, with 233 VSA-100 chips clocked at 166MHz, 7456MB of embedded SDRAM, T-buffer, Glide, and a new SLI scheme. The only problem appears to be some power issues.

For the past ten years, a group of ex-3dfx veterans at NVIDIA have been leading a secret double life. In the day time, they fulfill their duties as NVIDIA employees, designing, building, and marketing GeForce graphics processors. In their spare time, and with the company's tacit consent, they've been working on a revolutionary graphics card based on 3dfx technology. After ten years of secretive development, they are finally ready to show the world what they've created.

"It was never our intention to just give up," says Gary Tarolli, former Chief Scientist of 3dfx, now at NVIDIA. "Voodoo technology had immense potential. The world never really got to see what it was capable of." With that, Gary shows us their latest creation, the 3dfx Voodoo 590.

"We named it the 590 because it matches the GeForce GTX 590 in fillrate--an essential metric in graphics performance. Both cards saturate at 77.7 Gigatexels per second, the only difference being that the Voodoo 590 is built using 3dfx technology from ten years ago."

"That a ten year-old architecture scales to the same heights as NVIDIA's Fermi architecture just goes to show how far ahead of the curve 3dfx was." 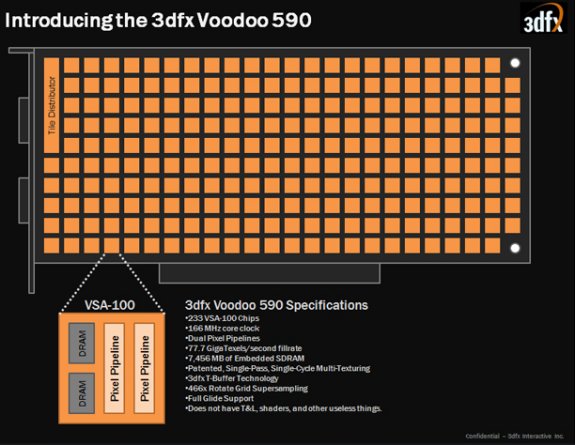 Few things are more fun than plumbing the depths of Azeroth's dungeons with your friends, defeating scores of terrifying monsters, and emerging with your bags stuffed to the brim with epic loot pried from your enemies' cold, dead hands. However, every adventurer knows that the more fantastic the treasure, the more powerful its guardians — and some of the challenges posed by World of Warcraft's Heroic dungeons can be quite daunting.Wouldn't it be nice to have a helpful friend at your side, ready to provide you with tips and hints when you're stuck? A friend who's there to provide encouragement, who will help you pick yourself up off the floor after the fifteenth wipe of the night? Someone who will stick with you — no matter what?Everyone can use a friend like that... a friend like Crabby! 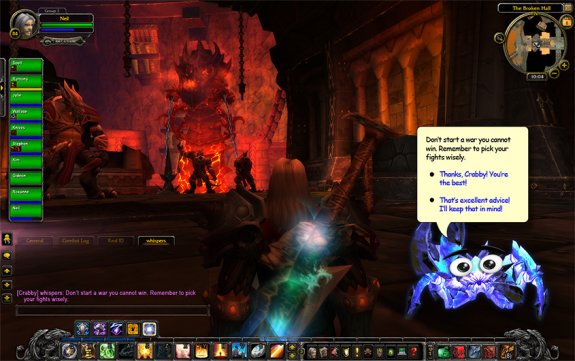 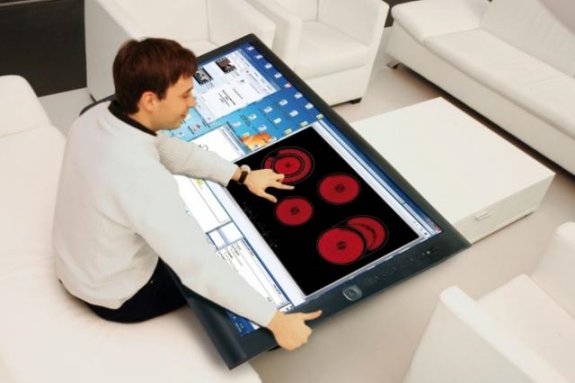