Sharkoon expands their portfolio of internal removable frames for SATA drives. The two new models of the "Sharkoon SATA QuickPort Intern" series fit in a 5.25 inch PC bay, and offers a respective four or six installation bays for SATA hard drives and SSDs in a 2.5 inch format.

The storage medium can simply be removed and re-attached by use of the screwable mounting frame, the lockable front covers guard against unwanted access. Cooling is provided by the fan on the backside of the case. To connect the hard drive slots with the main board SATA ports each has an appropriate number of SATA cables. Power is supplied via a 4-pin power connector. 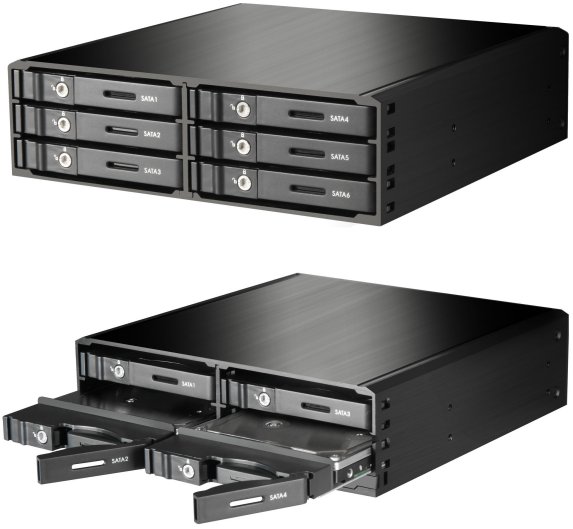