DailyTech reports Apple has sued Samsung for copying its iPhone and iPad devices:

In a new lawsuit filed this week, Apple is alleging that at least one of its competitors -- Samsung -- took a few shortcuts in getting its smartphones and tablets to market. Those shortcuts, Apple alleges, are that Samsung copied the exterior design and interface elements of its iOS-based devices.

Apple names the Galaxy S 4G, Epic 4G, and Nexus smartphones along with the Galaxy Tab tablet in the lawsuit according to the Wall Street Journal.

Rather than innovate and develop its own technology and a unique Samsung style for its smart phone products and computer tablets, Samsung chose to copy Apple's technology, user interface and innovative style in these infringing products. 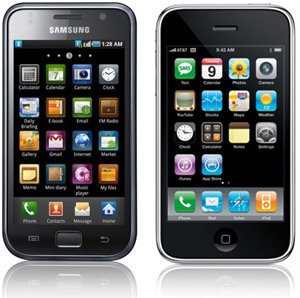