While the two X200 variants feature traditional ThinkPad garb, the Edge has a more interesting design. Just like the $699 14" model we wrote about last month, it features a a rubber-coated magnesium palm rest, a MacBook-like display bezel, a contoured chiclet keyboard, and a big, roomy clickpad nested below the TrackPoint buttons. The system weighs in at only 3.23 lbs and has a thickness of just 0.85", too, so it's sexy and slender.

The specs are a little pared-down for my liking, though. Lenovo outfits the base E220s with a 1.4GHz Core i5-2537M processor, 2GB of DDR3-1333 RAM, a 250GB 5,400-RPM hard drive, no Bluetooth, and a 43-Wh lithium-polymer battery. Lenovo provides no higher-capacity battery alternatives. The $849 ThinkPad X220 isn't really any meatier, though it does have a higher-clocked, power-hungrier processor, the 2.1GHz Core i3-2310M. The convertible tablet has more RAM and an apparently more capacious battery, but its specs are otherwise similar. 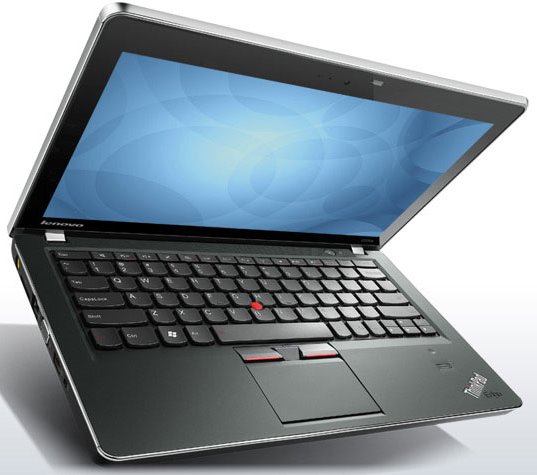