Posted on Wednesday, Apr 27 2011 @ 21:53 CEST by Thomas De Maesschalck
Detals about Intel's 7-series chipsets were leaked, you can check it out over here.

The first half of 2012 (most likely Q1), will see Intel release its first 22nm processors (codename Ivy Bridge) which will be compatible (BIOS update is required) with current 6 Series LGA1155 motherboards but will also work with the upcoming 7 Series line-up (X79 excluded).

Now, we may only be in April but Intel has already compiled for its partners some slides detailing the features of the 7 Series chips and those slides have found their way online. As seen below, Intel plans to introduce three chips (Z77, Z75 and H77) for consumer systems and three (Q77, Q75 and B77) for business PCs, but we'll focus on the former category as that's what you'll see on most retail boards. 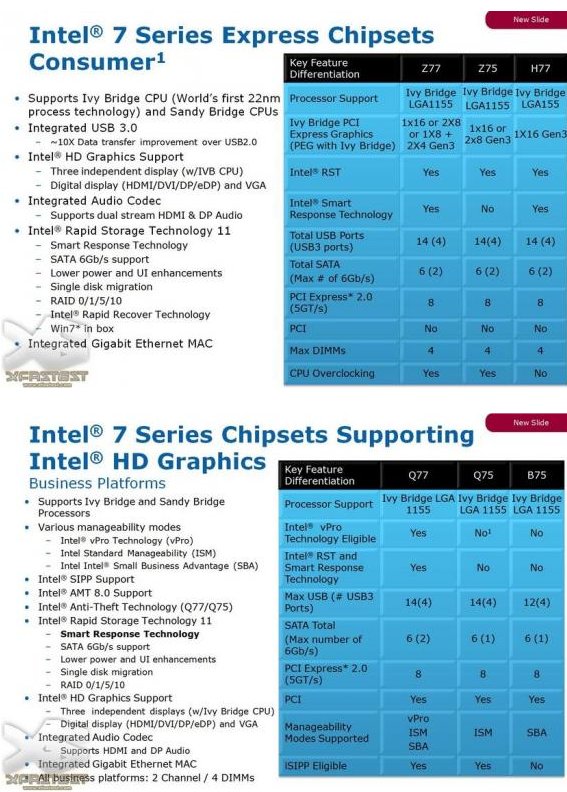