Posted on Tuesday, May 17 2005 @ 21:54 CEST by Thomas De Maesschalck
Besides the Revolution console Nintendo also presented the new Game Boy Micro which will be launched this Fall. It is a small portable gaming device that is about the size of an iPod. The original Game Boy Advance fits comfortably into the pocket of a backpack. The retooled Game Boy Advance SP fits into a coat pocket. Now Nintendo takes aim at the pocket of your tightest jeans with the tiny Game Boy Micro system, quite simply the smallest and sleekest Game Boy product that Nintendo has ever created. It’s thinner than a cell phone, as chic as an MP3 player and as fun as a Game Boy. In an instant it attracts attention and positions the image-conscious player as someone on the cutting edge of cool. 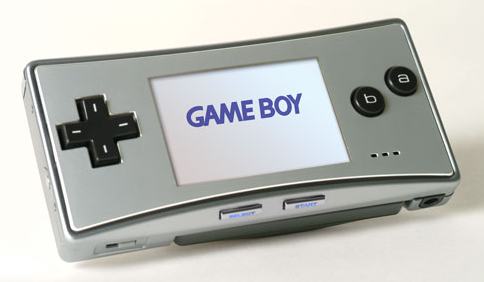 The sporty, silver metal Game Boy Micro measures a mere 4 inches wide, 2 inches tall and 0.7 inches deep, allowing it to sit comfortably alongside today’s hippest technological gadgets. It weighs an astonishing 2.8 ounces, or about the weight of 80 paper clips. Yet Game Boy Micro has the same processing power and plays the same games as Game Boy Advance SP models, complete with standard face controls and gleaming shoulder and Start/Select buttons that literally shine.

With Game Boy Micro, everyone plays with style. A removable face plate gives owners the option to buy replacements to customize the look of their systems again and again with new colors and designs. Most notably, its 2-inch backlit screen shines with incredible power, rendering games in startling clarity with fantastic colors on the best Game Boy screen ever. For the first time, users can adjust the brightness of the screen to adapt to indoor lights or outdoor sunshine.

"We're making the gorgeous Game Boy Micro for image-conscious folks who love video games, the ones who want the look of their system to be as cool as the games they play on it," says George Harrison, Nintendo of America's senior vice president of marketing and corporate communications. "Because of its diminutive size and industrial-hip look, Game Boy Micro immediately identifies the person playing it as a trendsetter with discriminating style."

Game Boy Micro represents the latest evolution in the image of the Game Boy Advance line, but it is not a successor to any current system. Game Boy Micro will be released this fall. The system comes with a built-in, rechargeable lithium-ion battery and supports standard headphones.