The GA-X79A-UD3 is a standard ATX sized motherboard. Its main VRM is spread all around the large CPU socket, in what appears to be a 6-phase design, with an unknown number of memory and uncore phases. LGA2011 processors feature a large quad-channel DDR3 memory controller, along with a northbridge uncore component with a 40-lane PCI-Express 3.0 controller. Those amount to the socket's insane pin-count of 2,011 pins. Memory slots are located in pairs of two on either sides of the socket. Each slot is its own 64-bit wide memory channel. 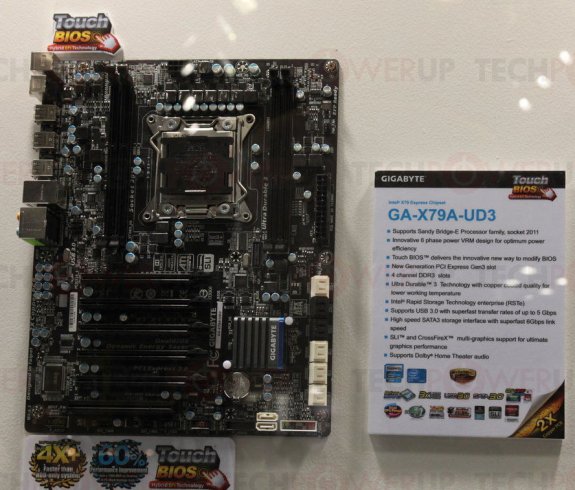