Posted on Monday, May 30 2011 @ 22:11 CEST by Thomas De Maesschalck
Hexus spotted ASUS' C1X79 EVO motherboard at Computex, a prototype of a LGA2011 motherboard. These boards are expected to hit the market sometime in Q4 2011.

Here's a prototype ASUS board with the LGA2011 socket. Flanked by four DIMM slots that work together to form a quad-channel memory interface, the huge socket dominates the centre of the board. Indeed, it's so big that it requires two levers to keep the chip in place. X79 isn't shy in the storage department, shown by the eight (out of a possible 10) SATA 6Gbps ports. However, a look around the board shows that it doesn't seem to support USB 3.0 natively; partners will have to use third-party controllers. 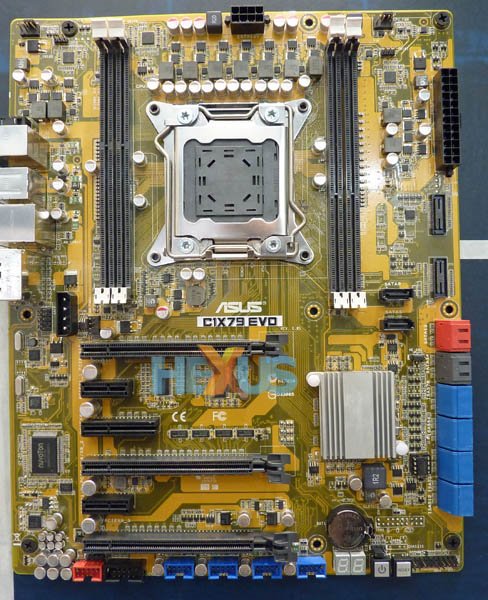