ASUS is ready with a new silent (passive-cooled) graphics card based on the AMD Radeon HD 6770 graphics processor, the ASUS HD 6770 DirectCu Silent. ASUS designed a new passive GPU cooler from ground up, which makes use of heat pipe direct-touch design, which ASUS refers to as DirectCu (direct copper). The cooler is essentially a large aluminum fin heatsink that uses four nickel-plated copper heat pipes, conveying heat to a large aluminum fin stack, that is longer than the card's PCB itself. 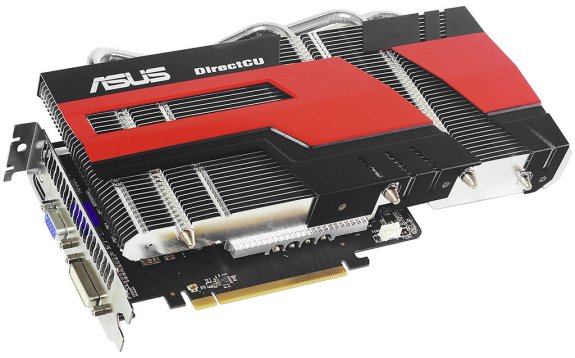