The new 32GB RDIMM with 3D TSV package technology is based on Samsung's 30nm-class four gigabit (Gb) DDR3. It can transmit at speeds of up to 1,333 megabits per second (Mbps), a 70 percent gain over preceding quad-rank 32GB RDIMMs with operational speeds of 800Mbps.

These savings are directly attributable to the adoption of TSV technology, which enables a multi-stacked chip to function at levels comparable to a single silicon chip by shortening signal lines significantly, thereby lowering power consumption and achieving higher density and operational speed.

Samsung has collaborated with CPU and controller designers in addition to some current server system customers to facilitate quicker adoption of 3D-TSV server modules, and to pave the way for more easily supporting 32GB and higher-density memory modules based on 20nm-class DDR3 for use in high-capacity servers. 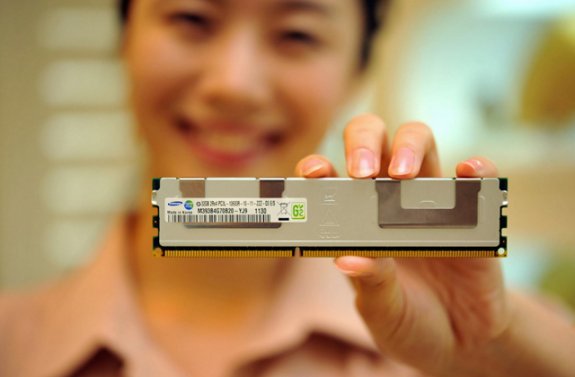