Posted on Tuesday, September 13 2011 @ 22:44 CEST by Thomas De Maesschalck
Microsoft presented a developer preview of Windows 8 at its BUILD conference in Los Angeles. The company demonstrates the new Metro user interface, Internet Explorer 10, new touch features and many other new functionalities. Developers will be able to download the Windows 8 developer preview later this week via the new Windows Dev Center.

Today at its developer-focused BUILD conference, Microsoft Corp. showcased a detailed preview of the next major release of Windows, code-named “Windows 8.” The company also detailed new tools for developers to help write applications for more than 1 billion people around the world who use Windows every day.

“We reimagined Windows,” said Steven Sinofsky, president of the Windows and Windows Live Division at Microsoft, in his keynote address to the thousands of developers in attendance. “From the chipset to the user experience, Windows 8 brings a new range of capabilities without compromise.”

The company also highlighted a variety of new features in Windows 8, including the following: 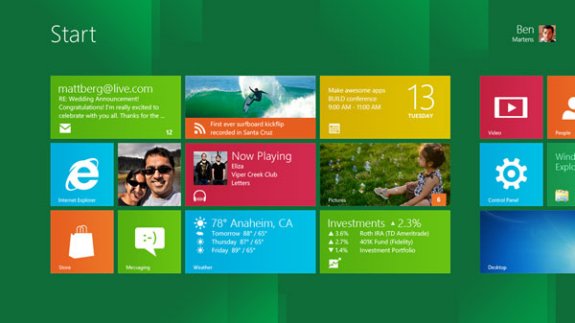