X-bit Labs reports AMD's 10-core and 20-core Opteron processors will be a no-show as the company has decided to prolong the lifespan of its current Opteron platform.

Advanced Micro Devices has cancelled its multi-core Opteron server chips code-named Sepang (up to 10 cores) and Terramar (up to 20 cores) that were supposed to be launched in 2012. Moreover, the company decided to keep the existing server platform for its 2012 - 2013 server refreshes, which means that AMD-based machines will not support numerous new features. 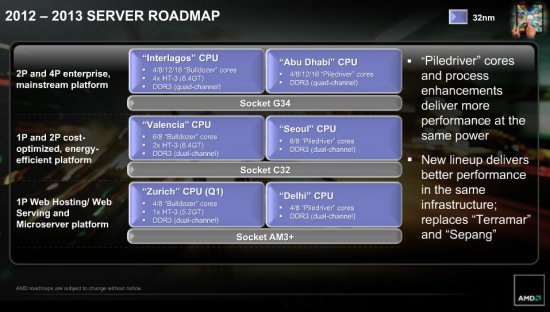