Expreview found leaked details about NVIDIA's upcoming Kepler family. According to the rumors, NVIDIA has three new chips, the GK110, GK104 and GK106.

In spite of such condition, NVIDIA still doesn’t show off their "weapon" to fight back. However, entire NVIDIA Kepler Line-up was revealed by LenZFire, the information covered specifications, price and release day. 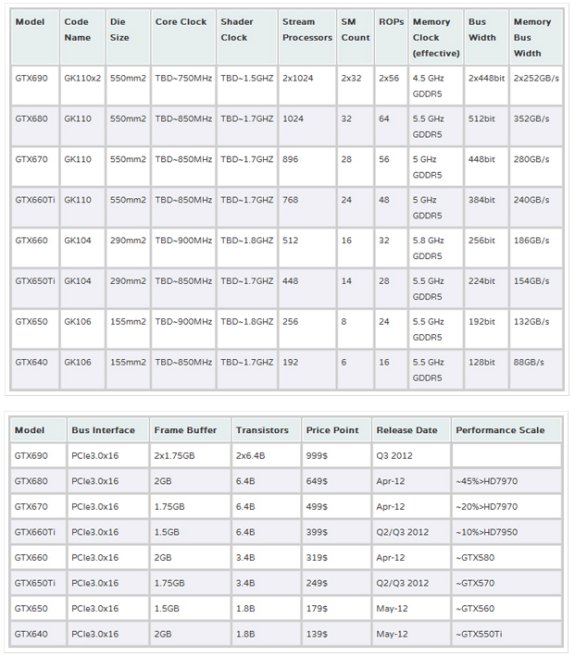