We found that shipments during the fourth quarter of 2011 behaved according to past years with regard to seasonality, the new seasonality that has developed since the economic crash of 2008. Prior to that shift, Q4 was a seasonally up quarter, since 2008 it’s been a seasonally low to down quarter—and this year it was down the most since 2008 (see figure 1). A lot of it was blamed on the floods in Thailand, but general economic malaise still permeates the industry.

Our forecast for the coming years has been modified since the last report, and is less aggressive on both desktops and notebooks—tablets have changed the nature of the PC market. Our findings include Desktops, Notebooks (and Netbooks), and PC-based commercial (i.e., POS) and industrial/scientific and embedded; and do not include handhelds (i.e., mobile phones), x86 Servers or ARM-based Tablets (i.e. iPad and Android-based Tablets), Smartbooks, or ARM-based Servers.

The quarter in general 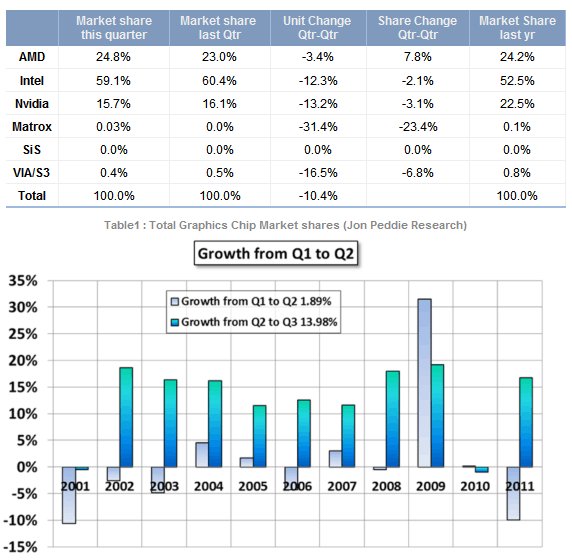