Despite is ultra-compact form the designers crammed in as many features as possible, including a powerful 10-phase Digi+ VRM. ASUS found an ingenious way of designing the VRM area, by raising it to a (fixed?) add-on card north of the CPU socket. This VRM riser has the electrical controller, the 10-phase VRM, complete with chokes, drivers, and FETs, and a MOSFET heatsink. This board is one of the few of its form-factor that draws power from an 8-pin EPS, apart from the 24-pin ATX. 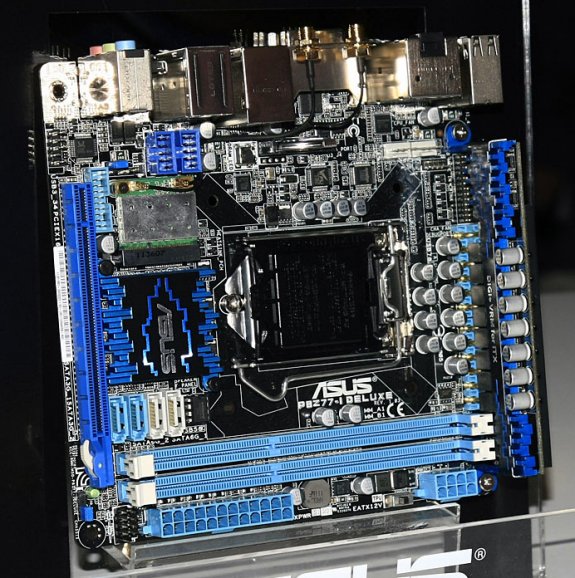