At very top end we could see the finest motherboard: X79 Extreme11. This is a premium motherboard using luxury material, applying high-class specification. It's a well-built motherboard and packed to the gills with features. The unprecedented X79 Extreme11 was equipped with LSI SAS2308 chip, providing maximum 10 sets of SATA3 connectors and 8 of the 10 can be used as SAS. Although Intel® has recalled native SAS specification from its X79 Express chipset. ASRock specifically partnered with LSI™ to integrate a LSI SAS2308 chip to make SAS finally appear on its X79 Extreme11 motherboard.

Get ready for a power efficiency, integration and outstanding compatibility motherboard? ASRock X79 Extreme11 is a rare, superior motherboard in the market! It brings all luxurious components together, allowing extreme users to bring their computing to the highest level of performance. 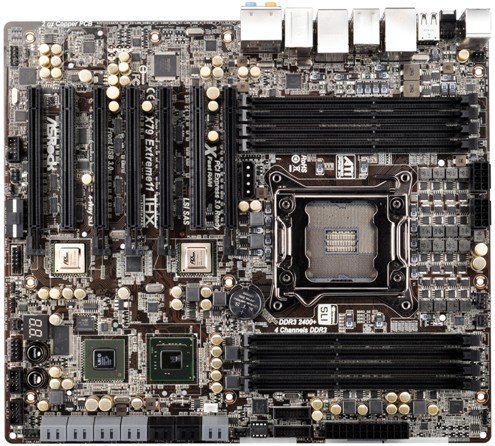 The board even provides a remarkable mini-PCIe slot that is able to work with the bundled WiFi + BT module. Users can take advantage of WiFi 802.11n and Bluetooth v3.0 with ASRock Z77 Extreme9. In addition, ASRock has a pretty good idea which is to bundle a Wi-SB box with this board. Wi-SB box combines the 2 antennas for WiFi + BT and two front USB 3.0 ports. Coupled with WiFi + BT module and ASRock Wi-SB Box, users are assured to enjoy WiFi, BT and USB 3.0 function with this overclocking genius mainboard effortlessly. 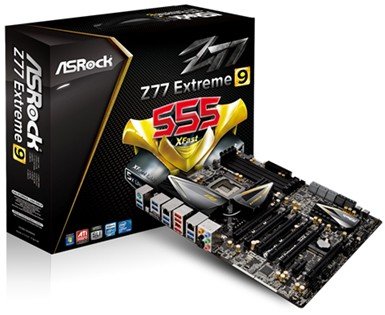 A new Fatal1ty board based on the X79, the Fatal1ty X79 Champion:

Gaming is so serious. High-performance PC is required to fight with the game. ASRock introduces a top gaming machine "Fatal1ty X79 Champion" at CeBIT 2012 – the world's most powerful gaming kit to date.

Luxurious features extend to the onboard voltage measurement points. V-Probe™ is a 7-set of detection points laid on the Fatal1ty X79 Champion, allowing overclockers to easily and quickly get the accurate voltage readings via a multitester. 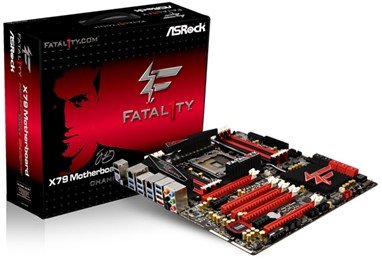 As well as the AMD-based Fatal1ty 990FX Professional 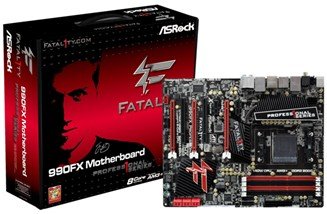 And last on the list is the ASRock A75 Pro4/MVP:

A must-see motherboard at ASRock CeBIT 2012 is A75 Pro4/MVP. This is the first AMD motherboard supporting Lucid Virtu Universal MVP technology in the world. The board allows gamers to take advantage of this new technique and enjoy the amazing HyperFormance™ and Virtual Vsync™ functions. 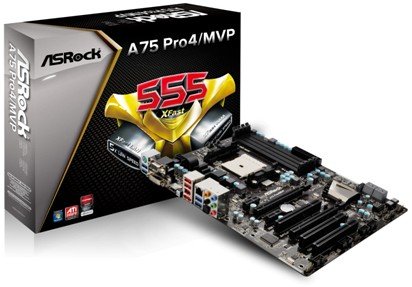