Posted on Monday, Mar 12 2012 @ 12:56 CET by Thomas De Maesschalck
Legit Reviews found new performance data of the NVIDIA GeForce GTX 680 at the Chinese edition of VR Zone. These results claim the GTX 680 is between 0 and 28 percent faster than AMD's Radeon HD 7970, which contradicts earlier rumors that stated the chip would score between the "Radeon HD 7870 and Radeon HD 7970". 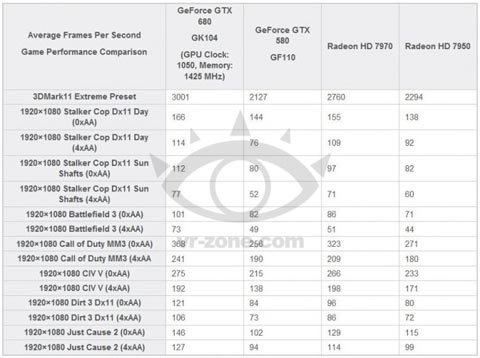