Posted on Tuesday, Mar 13 2012 @ 20:00 CET by Thomas De Maesschalck
TPU discovered two more pictures of the NVIDIA GeForce GTX 680 at Asian tech site ChipHell. The card is expected to be released on March 22nd with a MSRP of $549.

Courtesy of ChipHell we now have a couple of fresh pictures of NVIDIA's first Kepler-powered graphics card, the GeForce (or should we write' GeFORCE') GTX 680. Shot both from above and the back, the incoming card has a black PCB, a dual-slot/single-fan cooler, two (stacked) 6-pin PCIe power plugs, a couple of SLI connectors, and four display outputs - dual DVI, HDMI and DisplayPort. 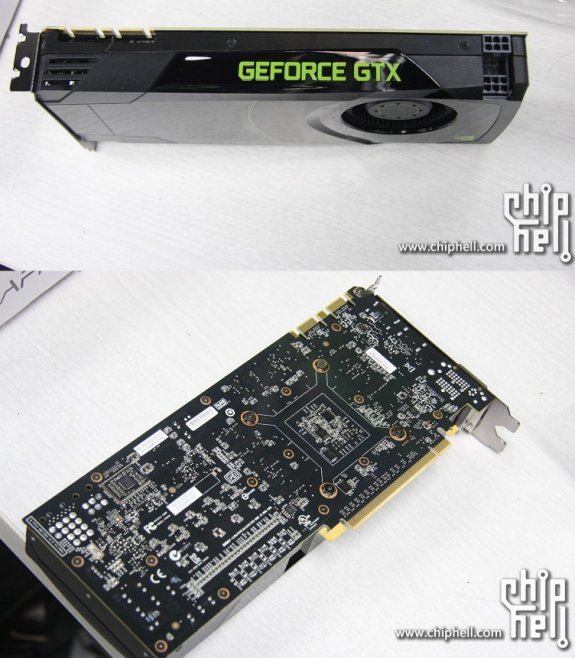