Posted on Monday, Mar 26 2012 @ 23:29 CEST by Thomas De Maesschalck
Galaxy presented a prototype of the GeForce GTX 680 Hall of Fame Edition, a custom-design card that promises to a high base clockspeed and much overclocking headroom. The cooling setup of the card looks similar to the one used on the company's GeForce GTX 580 Multi-Display card, with several heatpipes, aluminium fins and three 90mm fans. The card features a dual-BIOS design and comes with a OC Panel, a physical tweaking gadget. Pricing and availability is unknown.

Under the cooler of GTX 680 HOF, is a milky-white PCB (Galaxy is known for white PCBs on high-end graphics cards). The card uses an 8+2+2 phase VRM, which reportedly makes use of International Rectifier DirectFETs, and high-grade chokes, although still an analog design. The VRM controller will be Galaxy's custom GX31 chip, with software voltage control, voltage monitoring, and power-draw monitoring. The card draws power from two 8-pin PCIe power connectors. 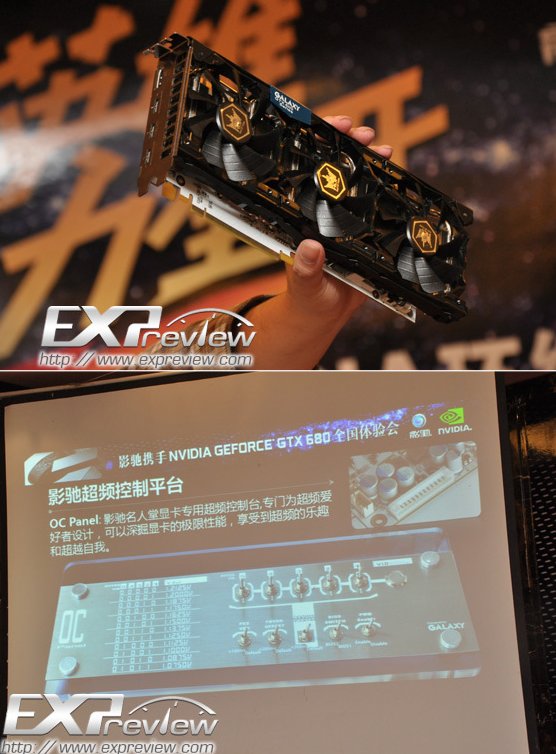