The original NZXT Phantom has been a huge success, spawning multiple versions in many different colours. NZXT is now doing the same with the Phantom 410, extending the range with new variants in four different colour combinations. Gamers may now choose from black/white, black/orange, white/blue or the special gunmetal edition. The case features the same stylish and modern looks as its bigger brother, but at a much smaller overall size. Thus, the chassis is intended for an ATX mainboard while adding a windowed side panel to the mix.

NZXT revolutionized the case industry with the Phantom Big-Tower, which offered a daring new look - noticeably different to anything else on the market. With the unique design and a long list of features, the Phantom Big-Tower quickly became one of the most popular cases for those looking for a stylish and modern chassis. With the Phantom 410, NZXT now offers the same beautiful design in a smaller form factor in new, incredible colours.

The obvious difference between the Phantom 410 and the original Phantom Big-Tower is the size, as it is intended for ATX, mATX and Mini-ITX motherboards. With a width of 21.5 cm, a height of 52 cm and a depth of 53.2 cm, the Phantom 410 is not only a bit smaller but also a full 9 cm shorter than the larger Phantom.

Hidden behind the door of the Phantom 410 are three 5.25 inch slots. In comparison, the Phantom offers 5 such bays. Nonetheless, most users will find that the Phantom 410 still offers more than enough bays. On top of that the 410 variant houses six screw-less internal 3.5 inch bays providing you with the ability to install 2.5 inch SSDs in each.

Each drive rests on separate trays which are to be pulled out from the motherboard side of the chassis. With the connectors facing away from the windowed side, the interior has a clean look. The upper hard drive cage, consisting of four bays, may be pulled out, allowing for graphic cards of up to 40 cm length to be installed. With this bay inside the chassis, there is still enough space for units with up to 30.5 cm.

A unique factor of the Phantom 410 is the ability to install a 120 mm fan on the side of the hard drive cage in the interior of the chassis. This does not only improve the air flow across the installed storage devices, but also moves much needed cool air across the graphic cards and motherboard. The fan may be tilted up to 20°, allowing for the air to be directed towards the hottest components within the system. In addition to the three pre-installed fans, the Phantom 410 may take an additional five may be placed within the case to maximize air flow if need be.

The fan speed may be adjusted with the simple but effective controller found on the top of the chassis. Up to four cooling units may be connected to this device, allowing the user to set the performance level easily. In addition to this controller, the Phantom 410 features two USB 3.0 connectors with an internal 20-pin header along with USB 2.0 and Audio I/O.

Even those wanting to install water cooling setups may do so as the Phantom 410 chassis offers enough space for a 240 or 280 mm radiator in the ceiling. Additional openings in the rear of the chassis allow for water cooling tubes to be routed out of the enclosure. Even with the compact size, the Phantom 410 still offers an impressive list of features - much like its bigger brother.

The NZXT Phantom 410 Midi-Tower should be available for pre-order at OverclockersUK. It will be available in Black and White, Black and Orange, White and Blue and Gunmetal. 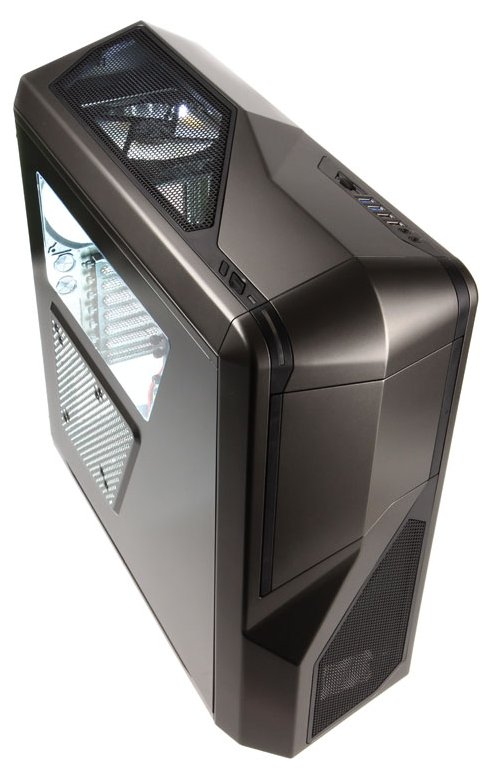 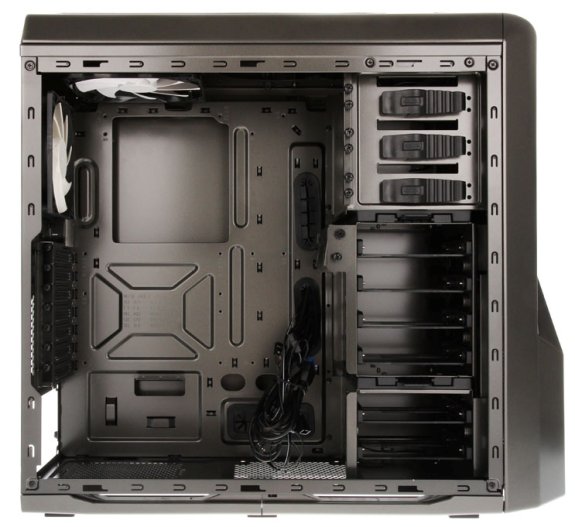 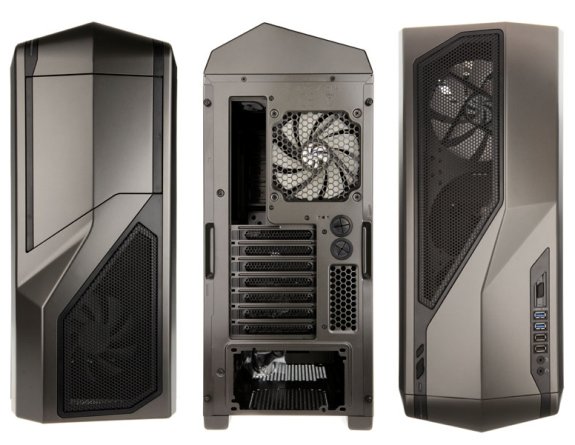