Posted on Thursday, Jun 23 2005 @ 19:55 CEST by Thomas De Maesschalck
Xbox Advanced has some pictures of what is believed to be the PlayStation 3 System Developer's Kit (SDK).

Teamxbox says, 'IF these actually are real pictures of the PS3 SDK, it seems that Sony has now won the crown for biggest, bulkiest hardware ever.' 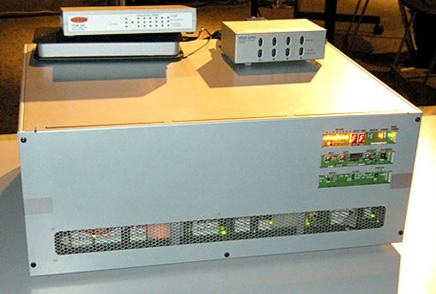 Xbox Advanced has also two pictures of the NVIDIA RSX graphics chip that will be featured in the PS3.