AMD's Radeon HD 6000 series was codenamed Northern Islands, it's succeeded by the Radeon HD 7000 "Southern Islands" and in 2013 we can expect the first Radeon HD 8000 parts, which are named after "Sea Islands".

The Radeon HD 8870 and Radeon HD 8850 for instance are reportedly based on the 28nm Oland GPUs, a reference to Sweden's second largest island. These chips will target the performance of NVIDIA's GeForce GTX 680, and will remain without real competitor until NVIDIA's Maxwell GPU hits the scene. One of the major architectural changes in Sea Islands will be the Unified Address Space between the GPU and the CPU, as well as the ability to use pageable system memory via CPU pointers.

According to an article by Theo Valich at VR Zone, AMD will continue the trend in 2014 with "Volcanic Islands". This GPU series will go head-to-head against NVIDIA's Maxwell and Intel's second-gen Xeon Phi architecture. Volcanic Islands will be the first GPU family from AMD to be manufactured at 20nm Gate-Last process, giving the company freedom to choose between the Common Platform Alliance (IBM, GlobalFoundries and Samsung) as well as long-term partner TSMC. This will also be the year when we'll see full system integration between the CPU and GPU. The APU (for consumers and servers) will extend to the discrete graphics card and treat it as an integral part, and the other way around.

For 2015 the current codename is "Pirates Islands", this lineup reportedly brings tribute to pirates like Blackbear, Captain Hook, and Captain Jack Sparrow. AMD's engineers are targeting the 20nm process with 14nm APUs in mind, but work on these chips only started recently. By 2016, AMD should have completed its Islands cadence, and the GPU should have equal capabilities of communications as the CPU and be able to directly address and accelerate CPU routines. 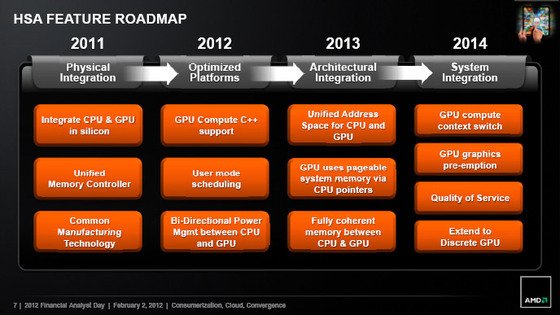