SmartDeblur allows you to deblur images

Posted on Wednesday, Oct 24 2012 @ 15:12 CEST by Thomas De Maesschalck
VR Zone came across a new tool called SmartDeblur, a piece of software capable of sharpening defocused and blurred images. As you can see in the samples below, the deblurred pictures aren't perfect, but they're a massive improvement over the original.

Vladimir Yuzhikov, a software engineer working in image and signal processing, has created a windows application, "SmartDeblur", which allows the user to, at the touch of a button, sharpen up foggy and unfocused images. Yuzhikov explains that the app sharpens up blurring which occurs from both movement and poor focus.

This kind of blurring (ie, non-artificial blurring) has been impossible to fix with conventional software until now, and Yuzhikov explains that the mathematics behind it are 70 years in the making. Trying to fix blurring is thus not a particularly new thing, but actually succeeding is. 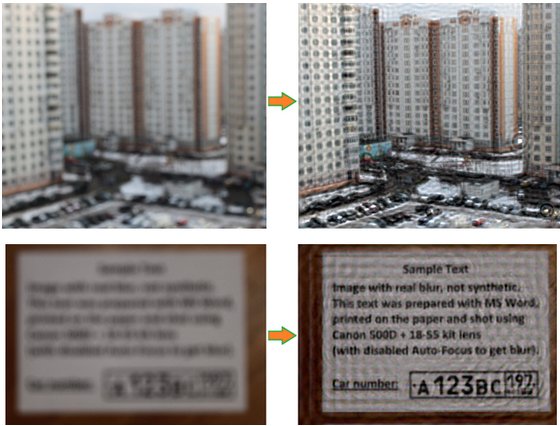