Harvey Anderson, Mozilla's Vice President of Business Affairs and General Counsel, claims on his blog that Microsoft's ballot screen glitch had a major impact on the number of Firefox downloads. Anderson says Mozilla's data suggests that the unlawful absence of the browser choice screen decreased downloads by 63 percent to a low of 20,000 a day just prior to the fix. He also speculates that the number of "lost" Firefox downloads may be in the 6 to 9 million range.

We’re encouraged by the European Commission’s efforts to ensure that users have meaningful browser choice in the Windows PC environment. The 2009 Commitments adopted by Microsoft were a foundational part of the remedy developed by the Commission to resolve Microsoft’s competition violations in EC countries. A key part of the remedy was Microsoft’s commitment to present the browser ballot screen to Windows users through vehicles like the Windows 7 Service Pack 1. Earlier this year, we learned that Microsoft failed to fully comply with the browser choice ballot screen obligation for nearly 15 months. 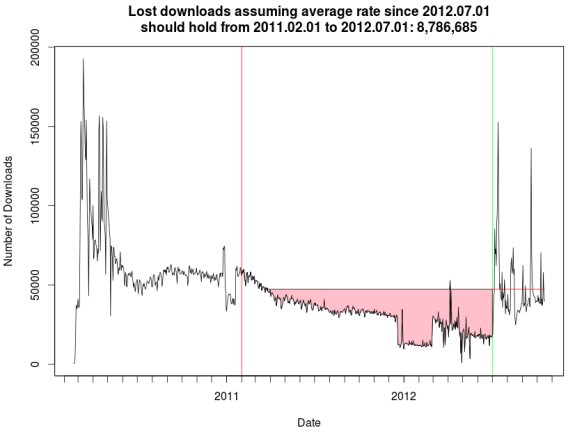