Posted on Thursday, Nov 01 2012 @ 19:56 CET by Thomas De Maesschalck
The Tech Report writes about an upcoming game named Ace of Spades. Developed by the creators of RuneScape, this new game seems to be a hybrid of Minecraft and Team Fortress. It has the sandbox building elements of block-like graphics of Minecraft, and the class-based multiplayer shooting from Team Fortress.

Rock, Paper, Shotgun took an early look at the game in 2011 and now has word that the final version is heading to Steam in December. The beta apparently has quite a following, with 2.5 million installs to its name, and I can see why. This looks like a version of Team Fortress where you get to build your own fort. How can you not want to try that out? 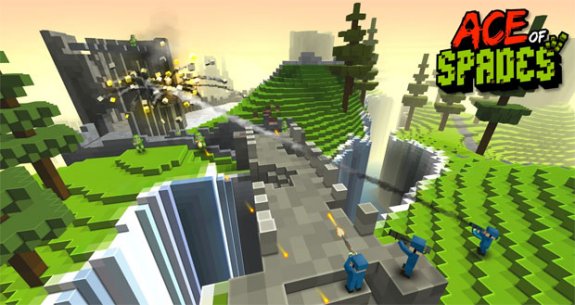