Posted on Friday, Nov 02 2012 @ 17:29 CET by Thomas De Maesschalck
German tech site ComputerBase came across a new 2013 AMD desktop roadmap slide that reveals that Trinity's successor, codenamed Richland, will share the same Piledriver core. We already knew that Richland would have the same Socket FM2, and now we also know that the chip won't be a massive change as it's still based on the same core. You can expect enhanced graphics and some HSA improvements. 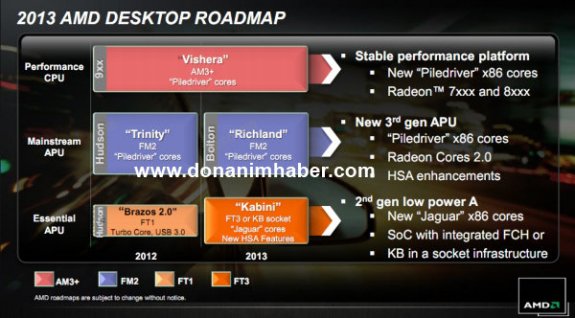