Posted on Monday, Nov 05 2012 @ 11:20 CET by Thomas De Maesschalck
Bethesda will soon reveal a new DLC pack for Skyrim, the game developer already revealed a teaser picture and a trailer should follow later today. Details on what the new DLC will deliver are still unknown, but TG Daily heard rumors that reference to a "Dragonborn" title. Perhaps this mains gamers can expect new plot points, and perhaps even a new skill tree with Dragonborn properties. Additionally, gamers also found references to new animations which include spear attacks and dragon riding, and a bunch of new game locations set in Solstheim.

Morrowind players may recognize this name as it was also the setting for Blood Moon, an expansion for Elderscrolls III: Morrowind that added werewolves.

Actually flying around Skyrim, and fighting from dragon-back is incredibly unlikely, especially considering the number of other changes to the game would have to be made. For example, currently, the major cities are separate cells in the design of the world, and if you were to fly over them (like, with a cheat code or something) you would only see the rough outlines of the city's buildings - so that it looks okay from a distant mountaintop - but there would be no people or actual interactive or destructible objects. That's just one example of an issue free flight would create in the engine of the game. The addition of spears as a weapon type sounds intriguing, however, and perfectly plausible.

The most interesting that the users have found, however are references to locations that give some clue as to where the DLC might expand the explorable territory of the game into. The locations mentioned are Raven Rock, Miraak Temple, Castle Karstaag and a Telvanni tower, all places that you would find in Solstheim. 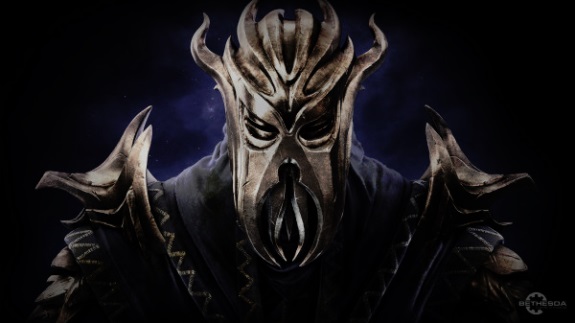