Posted on Thursday, Nov 08 2012 @ 20:54 CET by Thomas De Maesschalck
Intel just delivered the Itanium 9500 "Poulson" processor family. This major update moves the Itanium from 65nm to 32nm and delivers eight cores, twice as many as before. The new chip is available with frequencies of up to 2.53GHz, it promises an up to 8 percent lower TDP and has 80 percent reduced idle power consumption. Other enhancements include 33 percent faster I/O speed, support for Intel Instruction Replay technology, 11 instructions per cycle (five more than 2010's Tukwila), improved multi-threading, unified L3 cache with a bi-directional bus, and many other enhancements.

Poulson breathes new life into the Itanium line, but it's doubtful whether the Itanium has a future. The chip's only major client is HP, and earlier this year, during a trial with Oracle, it was revealed that HP had paid Intel a large sum of cash to continue to develop Itanium because the chip giant would otherwise have axed the project.

In an era of unprecedented growth in data usage, businesses require powerful computing solutions that can deliver scalable and resilient performance to run IT's mission-critical applications. The new Intel® Itanium® processor 9500 series is more than twice as powerful as the previous generation, making it ideal for today's most demanding workloads, including business analytics, database, and large-scale enterprise resource planning (ERP) applications. Systems based on Intel's Itanium processors run in more than three-quarters of the World's Global 100 companies across industries such as aerospace, energy, life sciences and telecommunications. With the Intel Itanium processor 9500 series, these industries will benefit from a leap in performance and an increase in world-class reliability, availability and serviceability (RAS) capabilities.

"In a world where businesses are increasingly dependent on IT for their competitive advantage, more and more business applications are rightfully called "mission critical"; they must be always available, highly responsive and extremely reliable. It's for precisely these computing workloads that we've developed the Intel Itanium 9500 processor," said Diane Bryant, vice president and general manager of Intel's Datacenter and Connected Systems Group. "Built on a new microarchitecture and providing breakthrough performance, the Intel Itanium 9500 processor family signals Intel's ongoing commitment to deliver unparalleled reliability, availability and scalability to meet the critical application demands across all industries."

Enterprise Performance with World-Class Availability
Containing 3.1 billion transistors, the Intel Itanium processor 9500 series is Intel's most sophisticated general purpose processors to date. It supports up to twice as many cores (8 instead of 4) than the previous-generation processor, packs up to 54 MB of on-die memory, and enables up to 2 TB of low voltage DIMMs in a four-socket configuration. The speed of the processor increased 40 percent over the previous generation in lower power configurations. The new frequencies range from 1.73 GHz and a power level of 130 watts, to 2.53 GHz at a power level of 170 watts.

Delivering the highest levels of Intel Itanium performance, the new processors enable highly scalable deployments with world-class availability for data-intensive applications where downtime is not an option. These include ERP, supply chain management and customer relationship management (CRM) software.

Modular Development Model Provides More Flexibility
In 2010, Intel introduced its common platform strategy that allows Intel Itanium and Intel® Xeon® processors to utilize common platform ingredients including chipsets, interconnects and memory. This strategy gives Intel the ability to cascade the strength of Intel Itanium RAS features to benefit the Intel Xeon processor E7 family, and allows Intel Itanium to further extract the efficiencies and value of higher volume economics. For the next-generation Intel Itanium product family, code-named "Kittson," Intel will employ an innovative model for Intel Itanium and Intel Xeon development called "Modular Development Model." The model will extend the common platform strategy by sharing silicon-level design elements and socket compatibility. The result for Intel is an even more sustainable path to bring future Itanium processors to market. In addition, OEMs will be able to develop one single motherboard platform for both architectures.

Industry Support
Intel Itanium processors continue to maintain strong industry support among systems makers such as Bull*, Hitachi*, HP*, Inspur* and NEC*. Enterprise applications are widely available from multiple vendors, such as, Oracle*, SAP*, SAS*, Sybase* and Temenos*, among other vendors that underscore the ISV community's efforts to ensure the success of the Intel Itanium mission-critical ecosystem.

"A mission-critical IT infrastructure with resiliency, scalability and high availability is critical to the success of enterprises," said Ric Lewis, vice president and interim general manager, Business Critical Systems, HP. "The addition of the Intel® Itanium® processor 9500 series to our newly enhanced HP Integrity and HP-UX portfolio provides breakthrough performance, increased productivity and delivers on HP's commitment to provide our customers with investment protection."

"NEC has been working with Intel more than 15 years to build enterprise servers based on Intel Itanium processors," said Kazuaki Iwamoto, vice president and senior general manager of IT hardware operations unit, NEC Corporation. "We are pleased to provide our customers with the new enterprise servers based on Intel Itanium processor 9500 series for their highly scalable and mission critical systems." 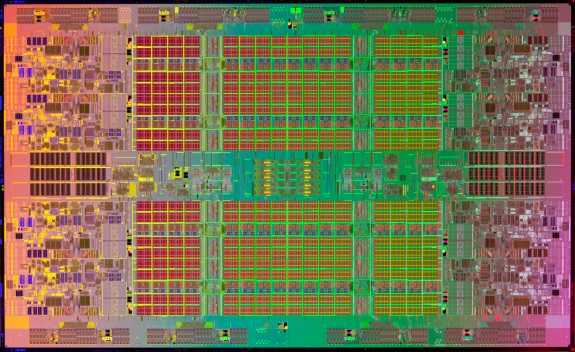