Posted on Thursday, Jul 07 2005 @ 14:30 CEST by Thomas De Maesschalck
Terror attacks on tube and bus services caused a not yet defined number of deads and more than hundred casualties in London this morning. 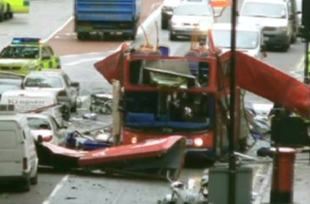 UK Prime Minister Tony Blair said it was "reasonably clear" there had been a series of terrorist attacks.

He said it was "particularly barbaric" that it was timed to coincide with the G8 summit. He is returning to London.

All London Underground, bus and train services have been suspended. The London police advices local people to stay where they are as the traffic is totally disrupted.

Our thoughts go out to the victims of this brutal attack.

More news updates can be found at BBC. The origin of the attacks isn't certain yet but it is believed that al-Qaeda might be involved.