Posted on Tuesday, Nov 13 2012 @ 14:59 CET by Thomas De Maesschalck
Engadget reports no real classic cars were harmed during the production of Skyfall, the new James Bond movie. In the movie a 1960s era Aston Martin DB5 gets destroyed on the silver screen, but fortunately for car lovers it was a 1:3 scale replica made using a Voxeljet VX4000 3D printer.

The 18 piece miniatures were shipped off to Propshop Modelmakers in London to be assembled, painted, chromed and outfitted with fake bullet holes. The final product was used in the film during a high-octane action sequence, which resulted in the meticulously crafted prop receiving a Wile E. Coyote-like sendoff. Now, rest easy knowing that no real Aston Martins were harmed during the making of this film. 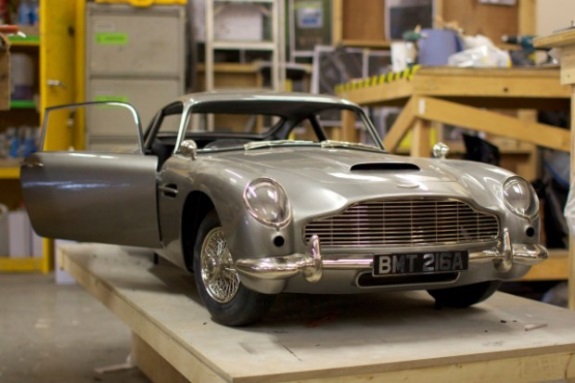