Facing higher labor costs and growing social tension in China, Foxconn president Terry Gou announced in 2011 that it plans to replace 1 million workers with robots within 3 years. Singularity Hub writes the first batch of 10,000 "Foxbots" has arrived, and by the end of 2012, another 20,000 will be installed.

Each robot costs between $20,000 to $25,000, and is designed to perform simple, yet precise reptitive actions.

Though little is really known about these new bots, the rate of robot installation thus far is much lower than Gou’s original claim; however, the evidence suggests that it is difficult to know exactly what is going on in the factories and what is coming down the pipe. On top of that, these robots are manufactured in house, meaning that little information about them needs to be shared with the outside world in marketing reports, for example.

The FoxBots that have been installed apparently are designed for simple, yet precise repetitive actions common for simple manufacturing robots (lifting, selecting, placement). When it comes to automated factories, robots that can perform these tasks aren’t really anything new. But one look at the photo of the robot and it’s clear this isn’t just a simple machine, but a similar type of robotic arm to those used in assembly lines of automotive manufacturers. 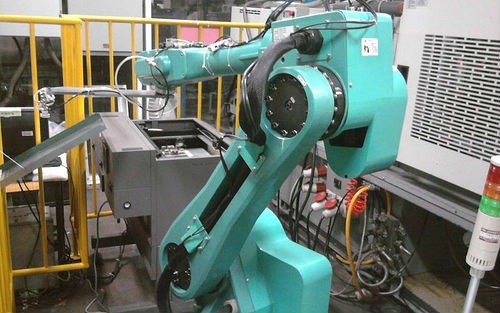 Below is a video of how Foxconn currently produces products like Apple's iPad: