Microsoft working on its own augmented reality glasses?

Posted on Friday, Nov 23 2012 @ 13:30 CET by Thomas De Maesschalck
A new patent application from Microsoft reveals that the software giant may be working on augmented reality glasses, similar to Google's Project Glass. While Google's headset is designed for all-day use, the Microsoft version is described as something you'd wear specifically for live events, like at a baseball game. Full details at TG Daily.

The glasses could be dished out to spectators at the beginning of an event, in much the same way as 3D glasses are at the movies today.

"A user wearing an at least partially see-through, head mounted display views the live event while simultaneously receiving information on objects, including people, within the user's field of view, while wearing the head mounted display," reads the application.

"The information is presented in a position in the head mounted display which does not interfere with the user's enjoyment of the live event." 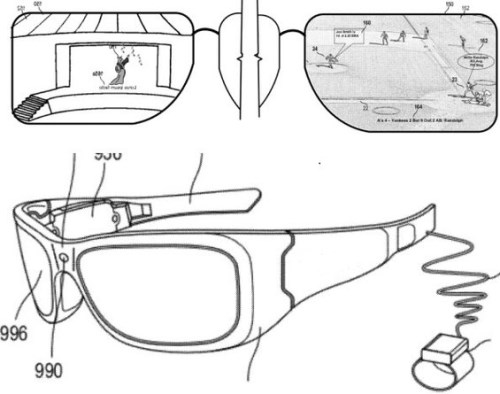