Posted on Wednesday, Dec 05 2012 @ 20:20 CET by Thomas De Maesschalck
TPU received word that Antec has issued a "V4" update for its Kühler H2O 620 and H2O 920 sealed liquid cooling solutions. The new update adds a higher-pressure pump and a split-flow copper fin design in the radiators, two enhancements that reportedly drop temperatures down a further 2-4°C over the previous versions.

The price remains the same as the current generation. 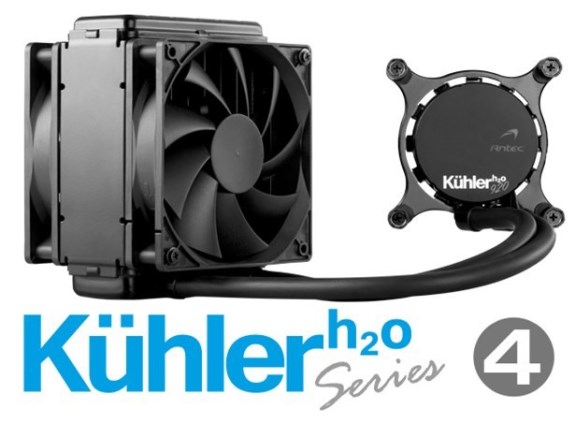