The Tech Report had the opportunity to take an exclusive look at AMD's upcoming Radeon HD 8790M laptop GPU. This new 28nm part is meant to succeed the Radeon HD 7600M (yes, AMD reshuffled its mobile branding somewhat), it's based on the GCN architecture and has a die size of 77mm². The chip features 384 ALUs, a 900MHz core, 2GB GDDR5 clocked at 4000MHz, and a 128-bit memory bus.

Curiously, AMD provided The Tech Report with an Intel-based testing rig to show off the capabilities of its upcoming mobile GPU. You can read the results of the benchmarking over here.

You know the saying: better late than never. I think that applies to the Radeon HD 8000M series. Mid-range and low-end gaming notebooks have been saddled with 40-nm GPUs based on AMD's old TeraScale architecture for almost a year. The 8000M series finally rights that wrong by bringing 28-nm, GCN goodness to lower price tiers and power envelopes. AMD hasn't broken new ground here; it's simply made a year-old architecture available to more folks.

As our benchmarks have shown, the wait has been worth it. The Radeon HD 8790M beats the pants off its predecessor, and it does so while consuming less power at idle and only marginally more under load. 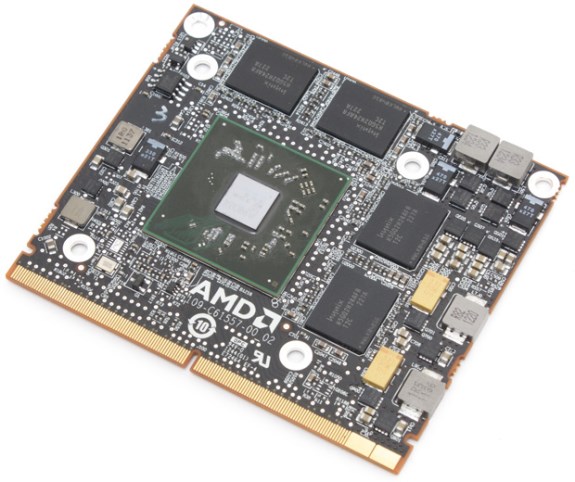