The list of LGA1150 processor models appears to have been leaked in the data-sheets of one of its coolers, in the section that lists compatible processors. LGA1150 appears to have the same exact cooler mount-hole spacing as LGA1155 and LGA1156 sockets, and as such upgrading CPU cooler shouldn't be on your agenda. 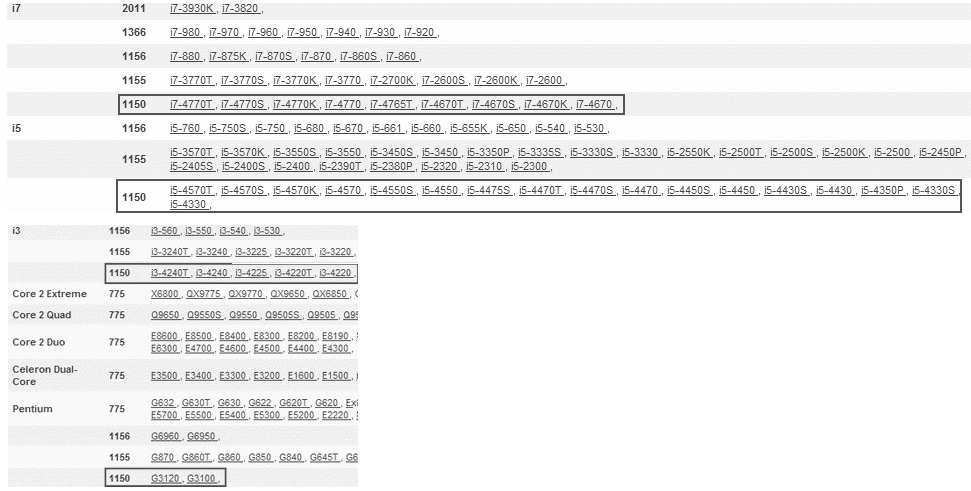