Posted on Monday, Jan 07 2013 @ 19:15 CET by Thomas De Maesschalck
LG is showing off a 55" OLED TV at CES 2013. Engadget got to see it at CES and reports the screen is impressively sharp and delivers really great viewing angles. The 55" model will start shipping in the US in March for $11,999. A 65-incher will also be launched as well as an even larger model, but the pricing of these sets remains unknown. 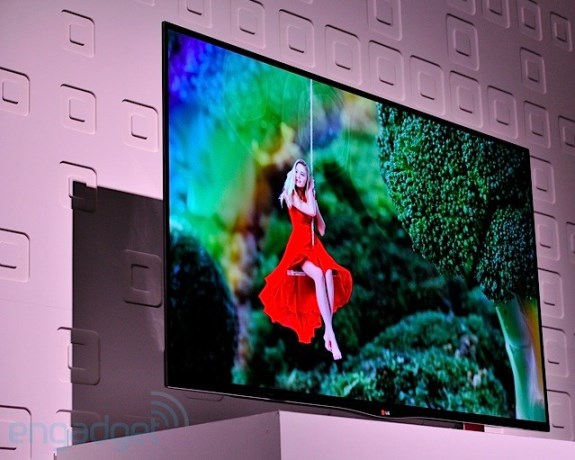