Posted on Tuesday, Jan 08 2013 @ 19:10 CET by Thomas De Maesschalck
Sennheiser announced the PC 350 Special Edition and PC 363D Surround Sound, these headsets are updated versions of the PC 350 and PC 360, respectively. The new models will arrive this month for 199EUR and 249EUR, respectively.

Sennheiser announces the rebirth of two of true Legends. The sought after PC 350 and PC 360 gaming headsets have been reengineered to feature optimized comfort, design and virtual 7.1 surround sound, and will be officially launched at CES, the World's Largest Consumer Electronics Show in January 2012.

Great news for quality-conscious gamers, who seek nothing but the best: the new Sennheiser PC 350 Special Edition and the PC 363D Surround Sound Gaming Headsets ensures your partner can live in tranquillity, not being able to hear the action from your headset, while you become fully immersed in your games.

Sennheiser has developed the two new headsets specifically for two types of players:

For the 'Pro' Player
A professional noise blocking headset, the PC 350 Special Edition will keep you gaming in private. Even at full volume, more than 95% of the gaming audio will remain inside the headset so you can immerse yourself in the game while those around you, won't hear a thing. This is optimal for professional gamers at LAN events or home players who don't want to be interrupted, - or interrupt others while playing.

The Special Edition also features the most accurate sound reproduction in a gaming headset today. Utilizing Sennheiser's "Eargonomic Acoustic Refinement" technology, the headset channels audio signals directly into your ears, rather than onto them.

For the ultimate entertainment and gadget loving Player
Delivering full virtual 7.1 Surround Sound with Dolby Pro Logic IIx, the PC 363D Surround Sound creates a much deeper audio experience and allows you to accurately pinpoint the direction of engine roars, shots or explosions. Designed for long hours of gaming, without breaking a sweat or getting warm ears, it features an open acoustic design, which lets air flow through to keep you extra comfortable at all times.

Engineered for quality and comfort
Both headsets feature German-engineered technology with speakers manufactured individually at Sennheiser's own facility in Ireland. They come fully equipped with a pro noise cancelling microphone, and – to top it off, Sennheiser has built all headset controls into the specially designed metal ear cups and microphone boom, making volume control and mute functions easy and intuitive.

"We realized that the previous models, from 2008 and 2010 are still the most sought after headsets by gamers. We have learned a lot since developing them, so we went back to see how we could make them even better, using what we know today," says Product Manager Christian Ern of Sennheiser Communications. 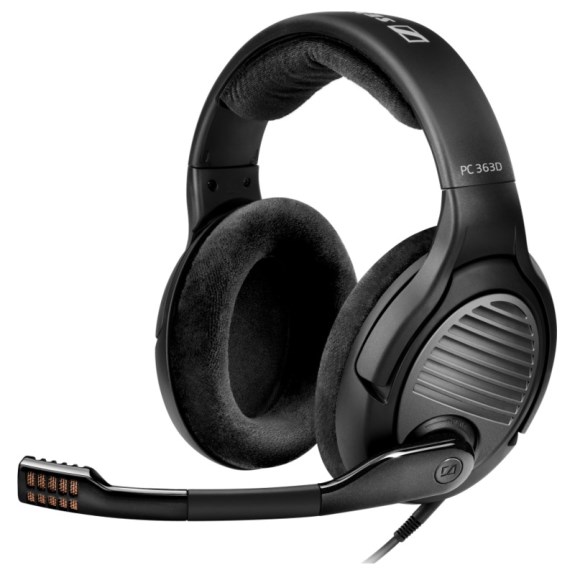