GameSkunk to let you smell your video games

Posted on Thursday, Jan 10 2013 @ 11:25 CET by Thomas De Maesschalck
IGN writes SensoryAcumen showed off its GameSkunk accessory at CES 2013. This gaming add-on promises to be able to let you smell 30,000 different odors to offer a better game immersion. It's unknown if any game developers have signed up to support the device, and while smelling games is an interesting concept, I'm not really looking forward to learn how a dungeon full of rotting corpses smells.

The company’s Game Skunk product was first announced back in 2011, but it has resurfaced at CES 2013. In my hands-on (nose-on?) demo, a representative told me I should be able to catch the distinct scent of coffee. No such smell ever reached my nose, but that could have more to do with the scent-heavy scene at CES in Las Vegas than the actual Game Skunk product itself.

So what do you think? If game developers get on board with Game Skunk, would you be willing to smell the flowers in Flower or experience a steady scent of gunpowder in Call of Duty?

Besides being applicable for video games, SensoryAcumen also thinks the device may have potential in the medical world, for example for the treatment of Post Traumatic Stress Disorder. 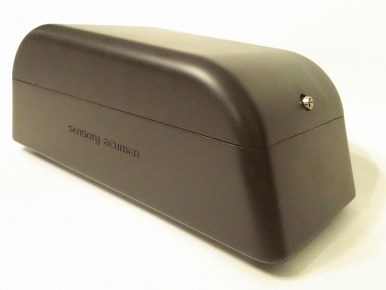