3DMark for Windows arrives on February 4

Posted on Thursday, Jan 31 2013 @ 11:30 CET by Thomas De Maesschalck
Futuremark announced the final version of the new 3DMark for Windows is complete and will be released on Monday February 4, 2013 at 18:00 UTC. The launch dates for the Android, iOS and Windows RT versions are still unknown, but the company adds these releases will likely follow in weeks rather than months.

3DMark uses a combination of in-app features and online web services to help users better understand their hardware. In these screenshots from the Windows version you can see the new performance graphs that accompany each test score. For components that support it, 3DMark records FPS, GPU and CPU temperatures as well as CPU power and clock speed during the benchmark run.

The graphs are interactive too. You can zoom in, change the scale and pan the chart to focus on a specific part of the benchmark run. You can click on the lines to get the numbers for that point in time, a useful way for overclockers to check peak temperatures during the benchmark run, for example. 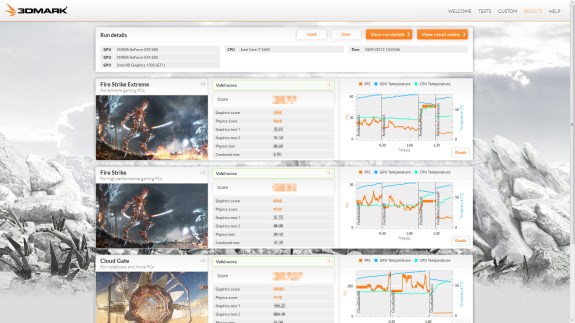