NVIDIA sends out word that the new Eurora supercomputer, built by Eurotech for the Cineca facility in Bologna, Italy, has set a new world record for energy efficiency. The suptercomputer uses NVIDIA's Tesla K20 GPUs and reaches up to 3150 megaflops per Watt of sustained power, 26 percent more than the previous record holder.

Italy's "Eurora" supercomputer -- which uses NVIDIA Tesla GPU accelerators based on NVIDIA Kepler, the world's fastest and most efficient high performance computing (HPC) architecture -- has set a new record for data center energy efficiency, NVIDIA today announced. The Eurora supercomputer, built by Eurotech and deployed Wednesday at the Cineca facility in Bologna, Italy, the country's most powerful supercomputing center, reached 3,150 megaflops per watt of sustained performance -- a mark 26 percent higher than the top system on the most recent Green500 list of the world's most efficient supercomputers.

Available to members of the Partnership for Advanced Computing in Europe (PRACE) and major Italian research entities, Eurora will enable scientists to advance research and discovery across a range of scientific disciplines, including material science, astrophysics, life sciences and Earth sciences.

"Advanced computer simulations that enable scientists to discover new phenomena and test hypotheses require massive amounts of performance, which can consume a lot of power," said Sanzio Bassini, director of HPC department at Cineca. "Equipped with the ultra-efficient Aurora system and NVIDIA GPU accelerators, Eurora will give European researchers the computing muscle to study all types of physical and biological systems, while allowing us to keep data center power consumption and costs in check."

In addition, the use of Aurora Hot Water Cooling technology reduces or eliminates the need for air conditioning in typically warm climates like Italy. The thermal energy the system produces can be used to heat buildings, drive adsorption chillers for air conditioning or generate tri-generation, the combined production of electricity, heating and cooling.

Eurora is a prototype system developed for Cineca under the PRACE 2IP initiative to provide a sustainable, high-quality infrastructure to meet the most demanding needs of the European HPC user community. A commercial version of the Eurotech Aurora Tigon supercomputer is also available today from Eurotech. More information is available on the Eurotech website. 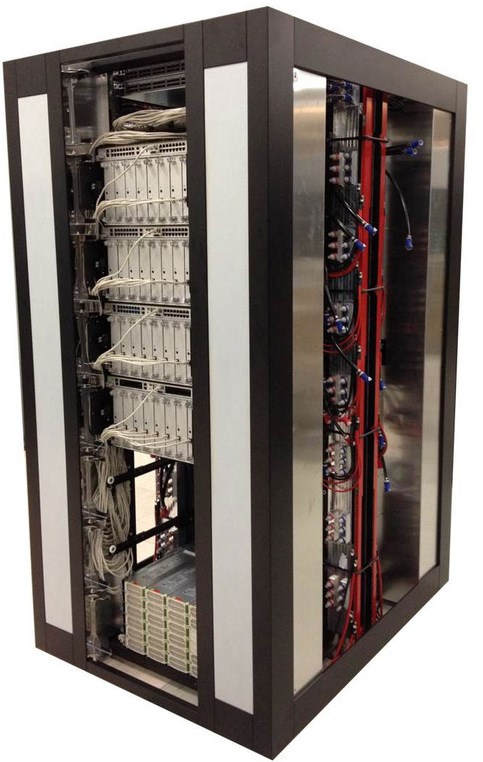