Posted on Friday, Feb 22 2013 @ 14:58 CET by Thomas De Maesschalck
Zotac shows off its reference based GeForce GTX Titan. Clockspeeds are the same as the base model, this means a 837MHz core, 876MHz Boost and 6GB GDDR5 memory clocked at 6008MHz.

Enhanced NVIDIA GPU Boost 2.0 technology empowers the ZOTAC GeForce GTX TITAN with overclocking intelligence that dynamically increases the clock speeds when it determines it can safely extract more performance without any input from the user. The intelligent overclocking relies on the GPU temperature to determine the maximum clock speeds on the ZOTAC GeForce GTX TITAN instead of the previous version of NVIDIA GPU Boost that relied on thermal power targets.

“The ZOTAC GeForce GTX TITAN is unlike any graphics card we’ve produced in the past. It’s an outstanding graphics card with a monstrous GPU that is unmatched by our competitors,” Mr. Berger added.

Quad display output capabilities enable the ZOTAC GeForce GTX TITAN to power up to four monitors in desktop mode for maximum productivity or three displays with NVIDIA Surround technology for maximum gaming immersion and realism. Up to three ZOTAC GeForce GTX TITAN graphics cards can combine with NVIDIA 3-way SLI technology to boost performance by up to 2.8x for a TITANic amount of graphics power suitable for hardcore gamers and enthusiasts. 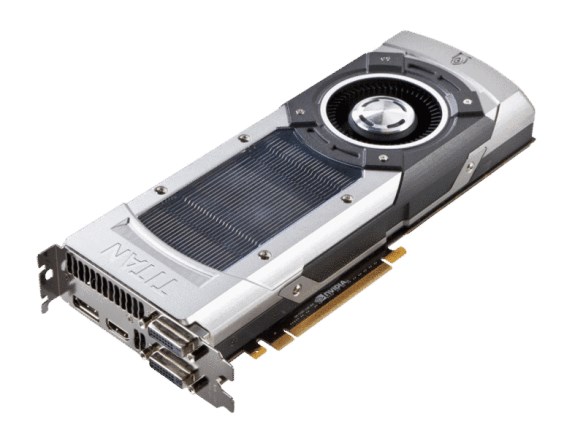