Posted on Thursday, Feb 28 2013 @ 11:47 CET by Thomas De Maesschalck
VR Zone writes AMD demonstrated its quad-core Temash APU at the 2013 Mobile World Congress in Barcelona. This new SoC uses the Jaguar architecture and is designed to be used in tablets. The chip reportedly uses 1W for low-power tasks like web browsing and text exiting, with a max of 5.9W in battery mode. Interestingly, Temash supports AMD's new Turbo docking mode, which lets the processor draw up to 15W and unleash its full potential when it's docked into a station (which includes a built-in fan to dissipate the extra heat). VR Zone says that when docked, Temash is capable of beating a higher powered Core i5 in some tests, while crushing the Intel Atom all-round.

The design is claimed to support 1080p video and DirectX 11. If we can really get a chip that handles that level of graphic intensity, AMD's promise of tablet gaming that can stand up to more than casual games may have a more solid core than most think. Even though this chip has a very large amount of processing horsepower, it is very battery friendly. Drawing only a purported 1 watt for low powered tasks like web browsing and text editing, and 5.9 watts while in battery mode, this chip will power the next generation of Windows 8 smart tablets, and help them stay powered longer. 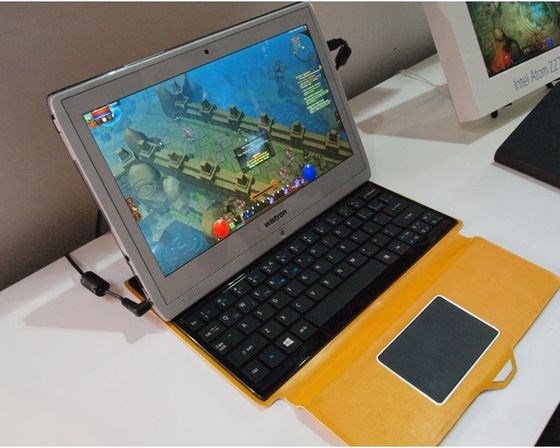