In a note to investors, AMD confirmed that the launch of its Steamroller architecture is on track for 2013. The company did not reveal which Steamroller based processors it will launch this year, but it implied the next-generation of Opteron server chips will be Steamroller-based.

The Sunnyvale, California-based company published a slide called “AMD Opteron Technology: Delivering multiple generations of greater functionality and improved performance” in its Q1 2013 investor presentation, which clearly puts release of Steamroller in 2013. In the previous version of AMD enterprise roadmap, the company clearly stated that its Opteron “Abu Dbabi” powered by Piledriver high-performance x86 cores will be its focus for 2013 and 2014. The next-generation of Opteron processors was planned to be introduced for the second half of 2014. 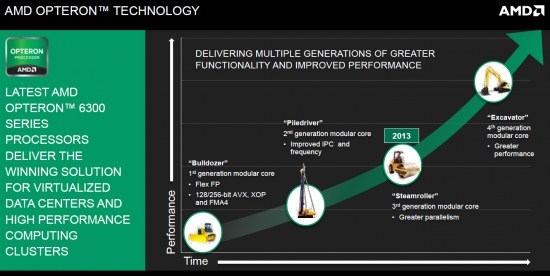